The latest in the transformation of historic buildings into loft apartments in downtown Rochester is almost complete. The Bevier Building at 42 S. Washington St. is now leasing loft apartments with rents ranging from $1,000 to $1,895 a month.

Designed by Claude Bragdon and initially completed in 1910, the building was home to Rochester Athenaeum and Mechanics Institute’s School of Art and Design, the predecessor to Rochester Institute of Technology.

Rochester developer Patrick Dutton worked with Franklin Properties of Syracuse to transform the once-vacant building, which is located near the Rochester City School District building downtown.

The developers embarked on a $4 million facelift, creating a mixed-used development that now includes 15 residential apartments and 5,000-square-foot of commercial space.

The design of the apartments features oversized windows, exposed pipes and 12-foot-high ceilings that are attractive to people seeking to live in historic buildings, Dutton said.

It is an upscale project, and has rent prices higher than the 21-units at the former Merkel Donohue building, which start at $900 a month.

Some of the amenities at the Bevier Building include off street parking for commercial and residential tenants, bike storage and a community garden. The area is walkable and close to the Corn Hill and Cascade neighborhoods, as well as downtown. 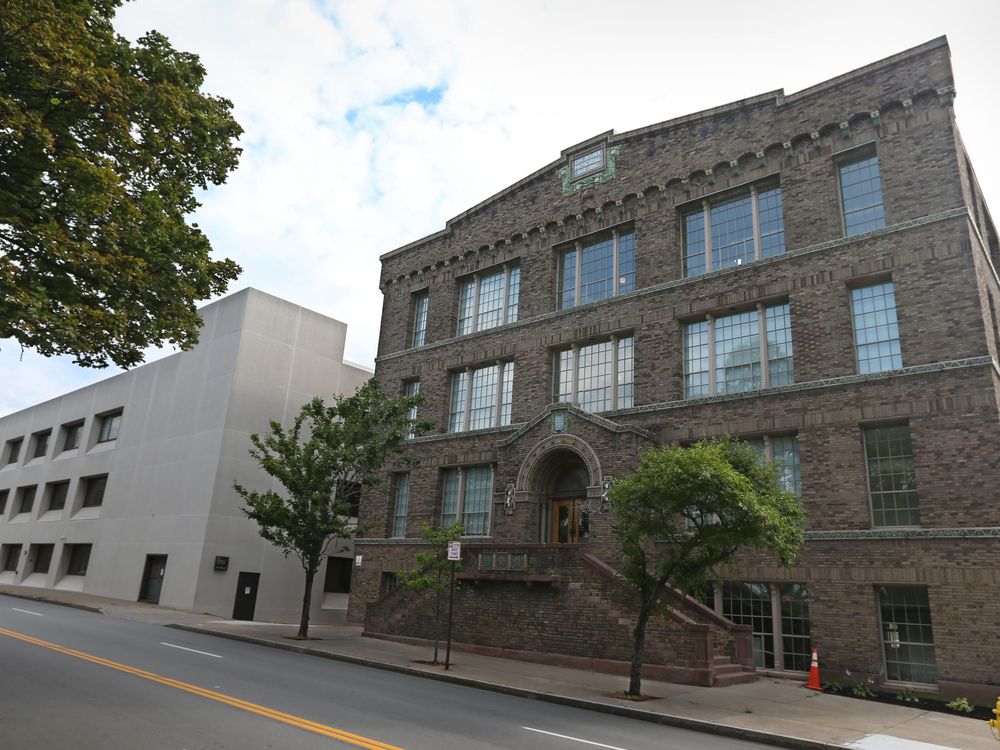 City living is on the upswing due to the convenience of downtown amenities, proximity to new development and new housing opportunities, said real estate agent Julie Forney of Nothnagle Realtors.

“We are seeing a strong influx of young professionals with a desire to be close to the workplace, as well as empty-nesters from the suburbs who want to be able to walk to their favorite dinner, theater and entertainment destinations,” Forney said.

New apartments downtown have been leased fairly quickly, said Heidi Zimmer-Meyer, president of Rochester Downtown Development Corporation. There are currently 2,400 units in the downtown region with a 96 percent occupancy rate, she said.

The Bevier project was a combination of private investment and public grants.

The developers received a $2.7 million construction loan from The Community Preservation Corp. as well as a $750,000 historic tax-credit bridge loan for two years from the city through its Capital Project Housing Revolving Loan Fund.

The County of Monroe Industrial Development Agency is assisting with a Payment in Lieu of Tax agreement and exemptions from the state mortgage recording tax and the sales tax on construction materials.