Sharon and Bob Napier recently returned to city living after a decade in Pittsford. But they didn’t have to make sacrifices.

“For us, this is the perfect cross between living in a big house and an apartment,” says Sharon of their condo on the first floor of what is essentially a mansion. Anything smaller wouldn’t have cut it.

“I couldn’t have moved into an apartment,” Sharon says. “We’ve got a lot of stuff, we’re used to living in a house, and we wanted space for our [now grown] daughters to visit.” 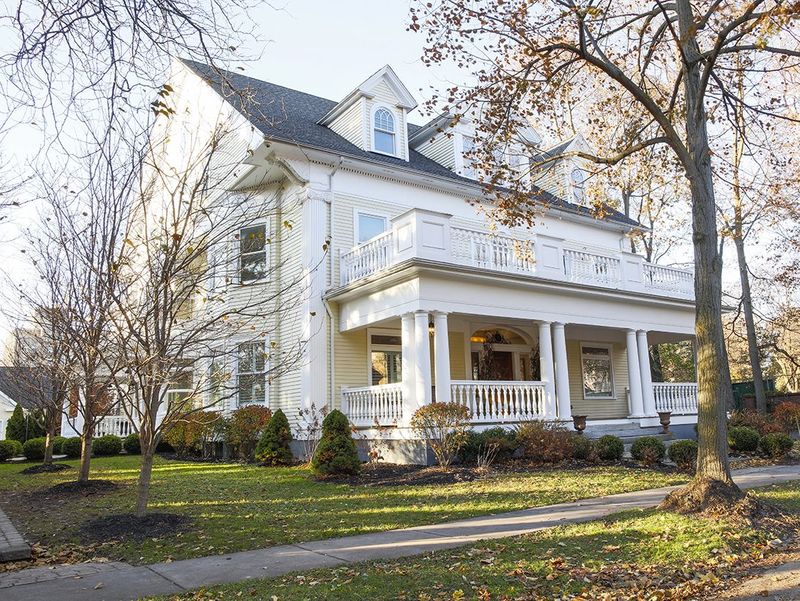 Built in 1894, the 12,000-square-foot Colonial on Sibley Place was designed by architects Jay Fay and Otis Dryer as the president’s home for the Rochester Theological Seminary, which was at the corner of East Avenue and Alexander Street. (In 1928, the seminary became Colgate Rochester Divinity School and moved to its current location on the hill off Goodman Street.) Fay and Dryer were prolific, designing many of the homes on nearby streets, as well as churches, schools, libraries and commercial buildings.

The Napiers had always kept an eye on city living. While they were living in the suburbs, they would periodically look for places downtown. But Sharon really wanted to be in this particular neighborhood, near where they’d lived years before.

“It’s quiet, but in the center of everything,” she explains. Three years ago, she saw that this house—on a dead-end street that backs up to a park—was being renovated by Dutton Properties.

“We took this house and completely gutted it to its existing framing,” says Luke Dutton, who along with his father, Gary, owns Dutton Properties. The company is known for its work renovating and revitalizing downtown spaces such as The Factory on Elton Street. Luke had also worked with his brother Patrick on Woodbury Place Building, and Patrick was the broker and developer of the Capron Street Lofts and the Bevier Memorial Building on South Washington.

It was Gary who first found the house the Napiers now live in. “My dad fell in love with this building, purchased it in 2004 and began working on it,” Luke says.

The Duttons turned the house into three separate condo units, one on each floor (there is a basement, as well). The middle-floor condo is nearly complete and has already been purchased. The third floor is being built out and awaits a buyer.

On the exterior, the team replaced the clapboard siding, rebuilt the porches and repaired the corbels. They wanted it to look authentic, and they made sure to run everything by the preservation board.

“The outside looks like it did when it was built except for the addition of dormers and a new side entrance,” Luke says. “We laid out the interior based on the exterior.”

The work is all the more impressive knowing that the house had been through a fire and had sat vacant for many years.

Each condo is 3,300 square feet, with use of the basement as well. There’s a small, private porch off the master bedroom, but Sharon says her “absolute favorite thing about the house is the big front porch.”

The kitchen had already been designed by Rucker & Co. Interior Design in Victor, and the millwork and cabinetry was done by Jim Barth of Barth Cabinetry in Webster. But Sharon had input into the master bedroom area. She decided to make the master suite smaller so they could have a larger walk-in closet and another bedroom, for a total of three bedrooms (so their daughters would be happy, she muses). 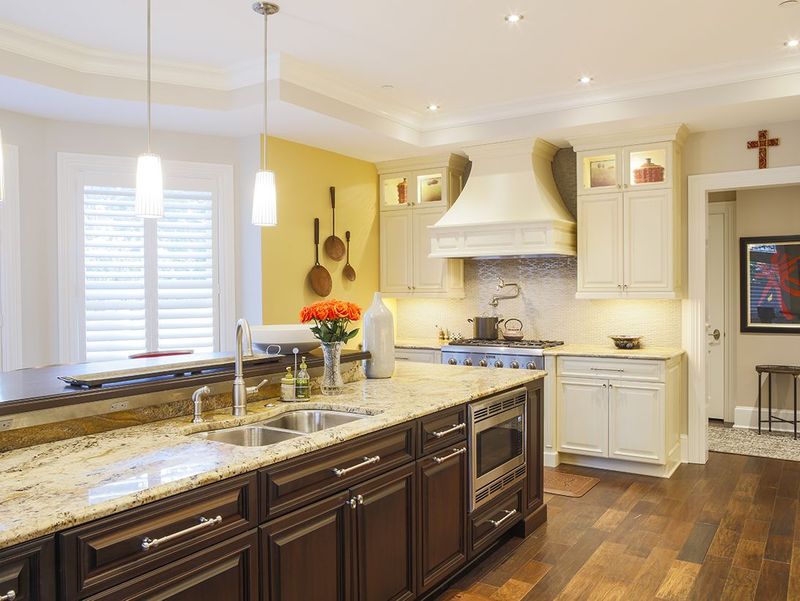 As CEO of Partners + Napier, the advertising agency headquartered in Rochester with offices in San Francisco and New York City, Sharon was in her element when she brought in designer and fine artist Kevin Licciardi. Sharon wanted to move away from the more traditional look of their suburban home to a transitional/contemporary look.

Licciardi helped the Napiers choose which pieces to bring with them, and he updated furniture with paint (much of which he did himself) and new fabrics.

“The bones of this house are so wonderful,” Licciardi says. “You can do things you wouldn’t expect to work, and the house makes them look fantastic.” 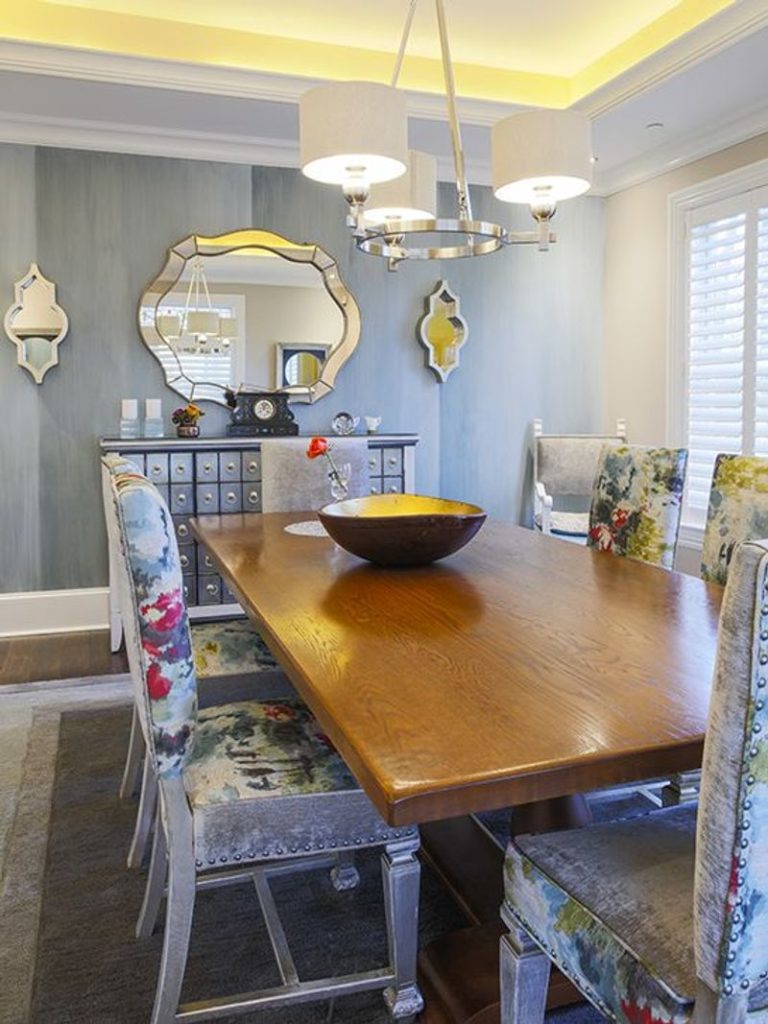 He points to the dining room table and chairs, which had been a dark oak. “We reupholstered them and painted them up in a distress goldish-silver, all the while wondering how they were going to look. We brought them here and the house makes them look dynamite.”

He did the same with the sideboard that had been painted black and sat in the Napiers’ front hallway in their old house. “Nobody took note of it,” he says. “We painted it silver and put glass on top. It landed here and looks 100 times better.”

They took chances, figuring if things didn’t look right, they’d just cart them away. They purchased new items, including the living room couches, carpets and lighting from local stores such as Messner, Bassett, West Elm and Vatis, and they mixed those in with flea market finds.

It all makes Sharon happy to be in her home. She and Bob are in the right place at what they feel is the right time.

“We both work downtown and love to come home but head right back out,” says Sharon, explaining that they walk to the theater, restaurants and the Genesee Valley Club. “Rochester has so much to offer. We can’t believe what they’re doing in this area. In the next two to three years, Rochester is going to be beautifully revitalized, and we wanted to be part of that.”