How the GOP tax bill could affect downtown Rochester 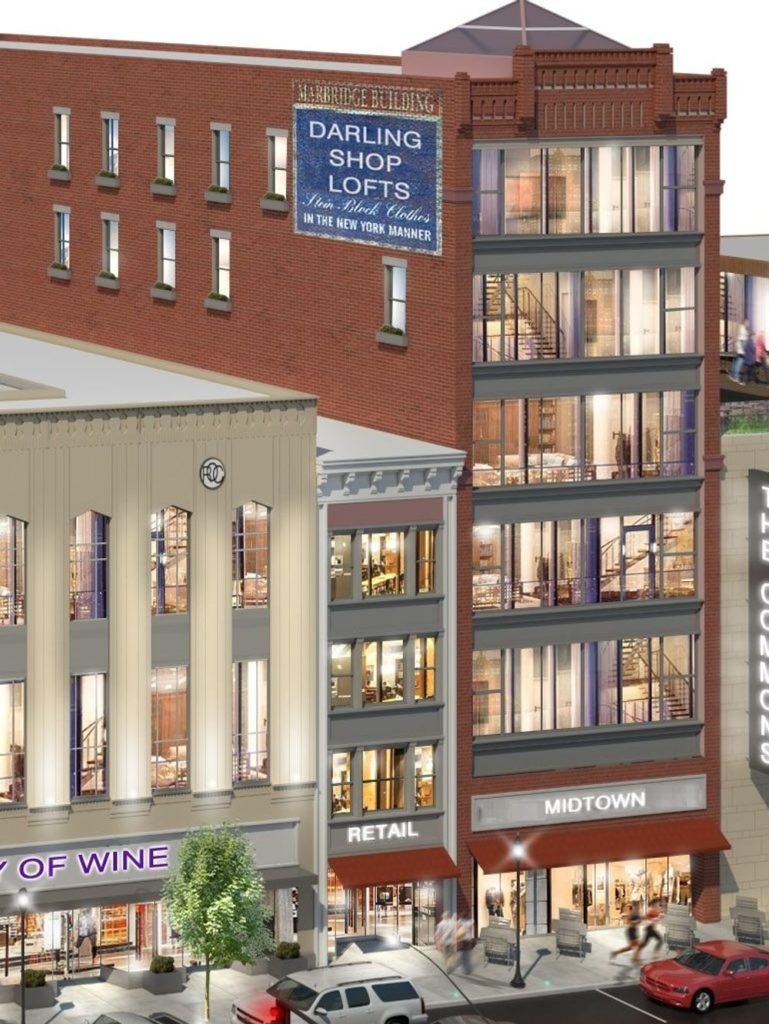 Patrick Dutton is in a rush. And he is not alone.

In the push to redevelopment downtown Rochester, time and money are critical. The area is humming, and developers are eager to cash in.

But Congress could change all that.

“The clock is ticking,” Dutton said.

At issue is the fate of a program used to aid in redeveloping historic properties. New York leads the nation in use of the Historic Tax Credit program, and upstate leads New York. Rochester has tapped into the program to help finance projects from Eastman Gardens on East Main and the Carriage Factory off West Main, to projects including Sibley Square, Hilton Garden Inn and the Josh Lofton-turned-Passero Associates building in between.

The city has added 16 more historic tax credit projects in the past year, records show.

Historic tax credits are available to income-producing historic properties and released at the end of a renovation project, so long as construction meets standards for historic preservation. Developers can apply the credits to their tax bill, or sell the credits to investors for something less than face value, and apply that money toward the project.

But Republican tax proposals have variously called for canceling or watering down the federal program, in a debate likely not to be reconciled until the final version of the legislation is signed into law. Should the federal program collapse, so would the state program.

“We anticipate an enormous increase in projects,” said Daniel McEneny of the State Historic Preservation Office. “But that is if the program is actually threatened.”

The push is to get projects in the pipeline, meaning property in hand, paperwork in to state and federal offices, and likely even some money spent, at least by mid-2018.

Dutton’s focus is on a pair of mid-block properties at 186 and 190-194 E. Main St., a $9.8 million project that would seek $2.5 million in historic tax credits; and he is seeking $1.6 million in Restore NY funds from the state. He and his partners in Dutton Properties plan to combine the two vacant buildings into a mixed-use development with 32 lofts, renting for between $700 and $1,350 a month, office space and street-level restaurant and retail.

A separate project around the corner, a Dutton-Gallina Development collaboration to renovate the Edwards Building on St. Paul Street into 114 market-rate apartments, also is in hurry-up mode.

“We have to go before the window closes,” Dutton said.

The hope of many in the development community is all the hand wringing will be for naught. Most if not all members of the local congressional delegation have voiced their support, even if voting for tax bills in their present form. U.S. Sen. Charles Schumer, D-NY, who has been outspoken in his criticism of the GOP tax plans, said the Historic Tax Credits program in particular was “designed for older, middle-sized cities like Rochester, Buffalo and Syracuse, and we’ve used them extremely effectively.”

Gov. Andrew Cuomo promoted the state’s use of the program, and matching state assistance, back in April. An accounting of Historic Tax Credit projects at the time showed the Western New York region leading the state with 88 projects since 2013, followed by the Capitol Region (63 projects), New York City/Long Island (55 projects), Southern Tier (32 projects) and the Finger Lakes (29 projects).

Rochester projects benefiting from the tax credits have included the Lincoln Alliance and Terminal buildings, both in progress on East Main and West Broad streets, respectively, 44 Exchange St., the Bivona building at 1 Mt. Hope Ave., the Button Lofts off Monroe Avenue, and the Academy Building apartments on South Plymouth Avenue. 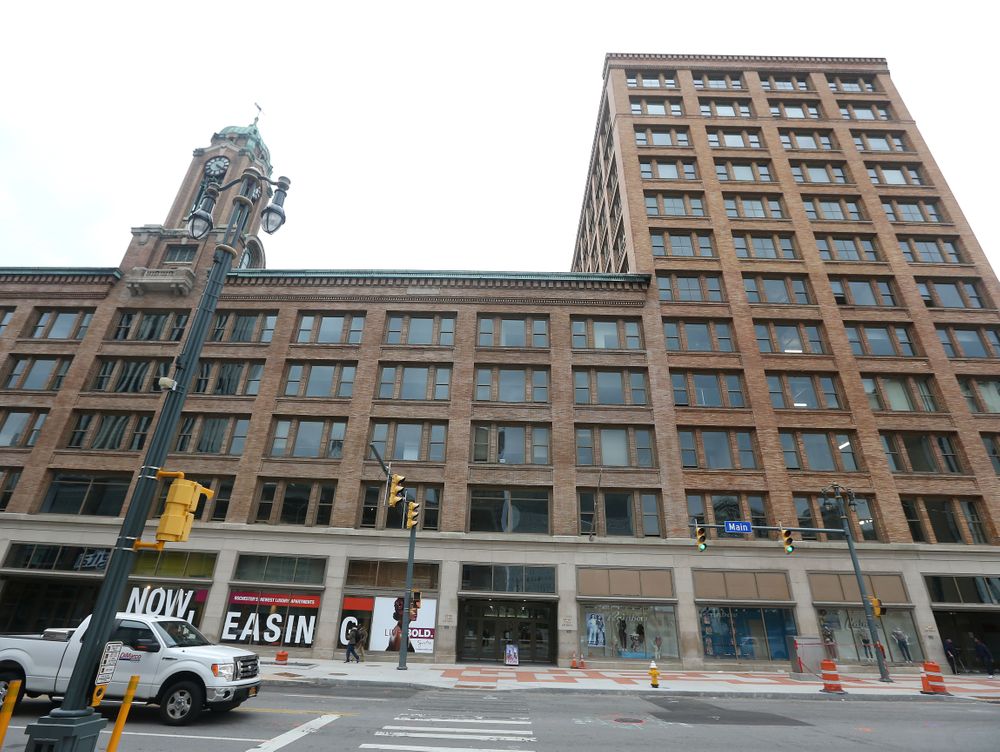 Most every historic tax credit property in Rochester has involved housing.

The Academy Building was developer George Traikos’ project, a vacant building he bought in 2007, began renovating it in 2012, and started leasing the first of 21 apartments the next summer.

He relied on state and federal tax credits for about 20 percent of the project cost.

“I am certain there are some projects that the historic tax credits will just help the developer make a lot more money,” he said. “But there are others where the project would not be feasible …Ours happened to have been the latter.”

Though fully leased, the Academy Building has not met revenue projections, Traikos said, in part because he was unable to charge rents he had hoped. Meanwhile, Rochester has kept building, increasing competition and putting further downward pressure on profits.

He questions whether there is overbuilding, wondering who will fill the hundreds of apartments in the pipeline.

Others suggest upstate’s resurgence could be undercut if the spigot runs dry.

Developer Tom Masaschi has three tax credit projects going at the moment: Lincoln Alliance, the Terminal Building and the former Gannett building at 55 Exchange St. Together, the projects represent millions of dollars in investment and likely more than 200 apartments, all told, when completed.

“We are not really chasing anything right now,” he said, though paperwork on 55 Exchange needs to be submitted to state and federal preservation officials by year’s end. Should the GOP scrap or modify the tax credit program, however, “It’s going to change our perspective on future projects.”

Masaschi’s DHD Ventures has been one of the more active developers downtown, also tackling 50 Chestnut, 88 Elm and the Hilton Garden Inn.

“I know a lot of projects all throughout upstate NY that, at this point, they will likely just die out” if the tax credit program is effectively curtailed or canceled, said Phillip Borrelli of Borrelli & Yots PLLC, a Rochester-based law firm focused on historic preservation.

Historic tax credits haven’t been the sole source tapped during the construction boom, but it has surely helped.

“Places like Rochester, Buffalo, Syracuse,” Borelli said, “deals do not happen, or development does not happen unless there is some form of government assistance.”