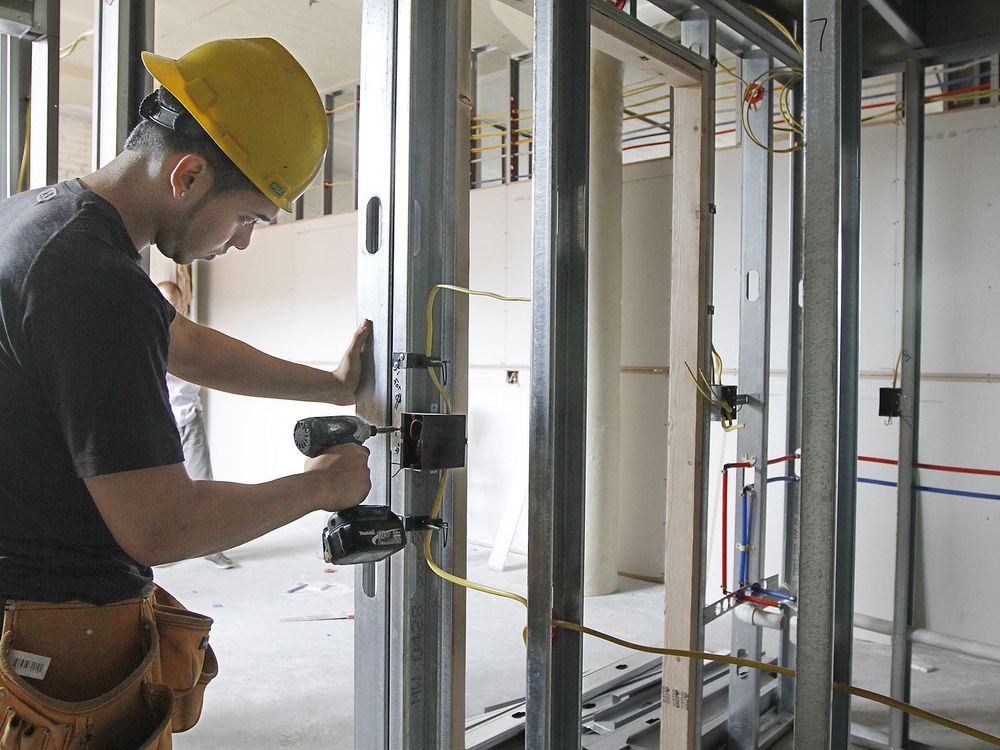 Riding the wave of demand for urban renewal housing, developers Patrick and Luke Dutton are busily reconstructing the former Merkel Donohue building at South Avenue and Woodbury Boulevard downtown into a mixed-use building to include residential and retail units.

The new space is the latest to be developed amid the boom in downtown housing. Dubbed Woodbury Place, the 20,000-square-foot brick building initially constructed in 1870 will be carved into 44 loft apartment spaces, with 21 units available by spring of 2015, says Patrick Dutton, broker and developer of the project.

Downtown living is in the midst of a revival, as more people want to live closer to the city center in walkable neighborhoods, he says, adding, “There’s vibrancy here.”

Eduard and Sveta Nakhamkin of Miami actually own the building, having bought it eight years ago through a broker.

“It was a good business opportunity,” Sveta Nakhamkin says.

When Merkel Donohue office furniture company moved out of the building, it gave the Nakhamkins a chance to redevelop the space. In addition to the lofts, they are hoping to attract retail on the first floor. By the time the project wraps up, it will be “urban chic with an industrial vibe,” Sveta Nakhamkin says.

The tentative rates for rentals, which will include “high-end interior finishes,” will range from $650 for a one-bedroom apartment to $1,100 for a two-bedroom, Patrick Dutton says. Instead of basing the rent on square footage, it will be based on the location of the unit, whether it has architectural details or a good view, he explains.

The Nakhamkins are not the only Florida-based investors to look to Rochester real estate. In 2007, entrepreneur George Traikos fell in love with the Academy Building on Fitzhugh Street downtown near the Hall of Justice and turned the landmark four-story structure built in 1873 into a mixed-use property featuring loft apartments and a café. It opened for leasing last year and is now fully leased; one-, two- and three-bedroom apartments rent for between $1,100 and $2,500 a month, says Traikos, who now lives in Rochester. Four more apartments will be built by December, he adds. Many of the units have features such as stained glass and 20-foot ceilings.

The former Josh Lofton High School in the Cascade District that is now Bridge Square Lofts leased out all 24 units within a month of its opening last spring, says Julie Forney, an agent with Nothnagle Realtors who represented the project at that time. The rents at Bridge Square Lofts, developed by Spoleta Construction, ranged from $995 to $1,395, Forney says.

Urban living has its benefits, Patrick Dutton says. He developed and sold the Capron Street Lofts, which is where he lives and is next door to his current project. Being in the center of the county, it’s easy to get everywhere from downtown, he says. And there’s plenty to do in the area, from Geva Theatre a block away to The Strong Museum of Play within a few blocks.